Posted by Donya 2 months ago 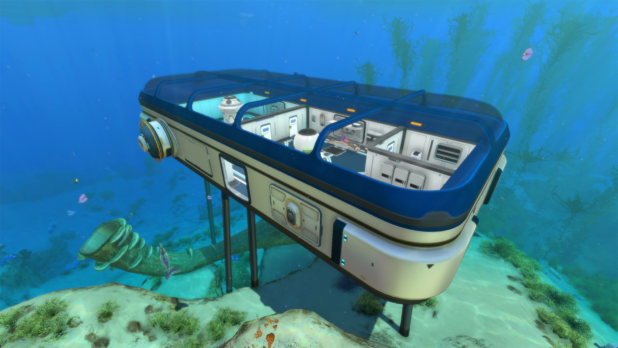 We’re delighted to bring you the long-awaited 2.0 update to Subnautica across all platforms.

This update has been a labor of love for the entire Subnautica team. As you might have seen in some of our previous blog posts, a lot of time has been spent addressing a ton of tech debt and bringing across some improved code from Below Zero.

Our goal was always to bring both Subnautica and Below Zero onto unified versions of Unity, and with today’s update, that goal has been achieved. By doing this, we’ve been able to implement several quality of life features, fix many outstanding bugs, and introduce some performance improvements that were already available in Below Zero.

We’ve also added some base pieces to Subnautica that were previously only available in Below Zero, specifically the Large Room, Glass Dome, and surface hatches. Now you can make your bases even more epic than before!

On top of these changes, we’ve also refactored and optimized our save system, which means it’s now even faster and more reliable to save and retrieve your save.

As for bug fixes, we’ve closed out over 800 in total, including multiple issues related to base building (server clipping, deconstructing buildings whilst inside them), vehicle navigation and piloting.

If you’re not quite ready to move to the new update, because you’re using mods on your save file or otherwise, you can also roll back to the ‘legacy’ beta on Steam to continue playing. Just head to ‘Properties,’ then ‘Betas,’ and choose ‘legacy’ from the drop down. You should do this before you open your save file to play.

We really hope that all of these changes make your Subnautica experience even better than ever! And as some eagle-eyed fans might have spotted, we might have some more exciting news for you in the new year.

But for now, enjoy, and happy diving!