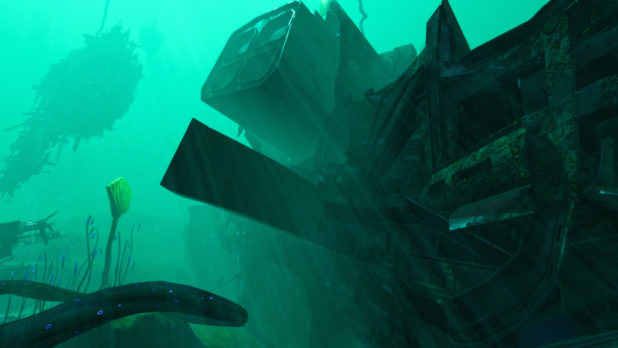 A new Early Access update for Subnautica: Below Zero is now available. Check out the Lost Ship Update Site to get the all the details! Your adventures will take you to the ocean floor and the mysterious wreckage of the Crashed Ship, where more secrets are waiting to be uncovered. There’s even more to explore in the Deep Lilypads biome, with only the luminescence of its native flower to guide you on your way.

And in the skies far above Planet 4546B, if you are lucky, you can encounter the unique and incredible phenomenon of the Aurora Borealis. The wreckage of a mysterious Crashed Ship is scattered across the ocean floor of Planet 4546B. What secrets are hidden inside? You’ll need to be prepared for anything as you explore every crevice for clues! These adorable and playful creatures are curious about your presence! Interact with and feed them, and you’ll find they’re a friendly companion on your continued journey. Though enticing and awe-inspiring, don’t venture too close to the protruding Brinicles. These perilous ice formations can cause some serious damage. Illuminated by the faint light of the flowers that grow there, the Deep Lilypads are ripe with resources and lead to further Architect discoveries to be made.

Encountering this rare event across the skies of 4546B is an incredible sight to behold. The Aurora Borealis are a stunning phenomenon and one you don’t want to miss. Take some time and re-explore the biomes of Below Zero that you are already familiar with. Additional polish and improvements have been made to Lilypads and Thermal Spires, as well as a tune-up to the Hoverbike! This update will be your last opportunity to play Below Zero’s story in its current form. As previously announced, a new story will be coming in our next update!

You can find out about upcoming updates in all sorts of ways. Sign up to the Development Newsletter to receive word every time an update is released. Join the Unknown Worlds and Subnautica: Below Zero Steam groups to get a notification on Steam. You can also: